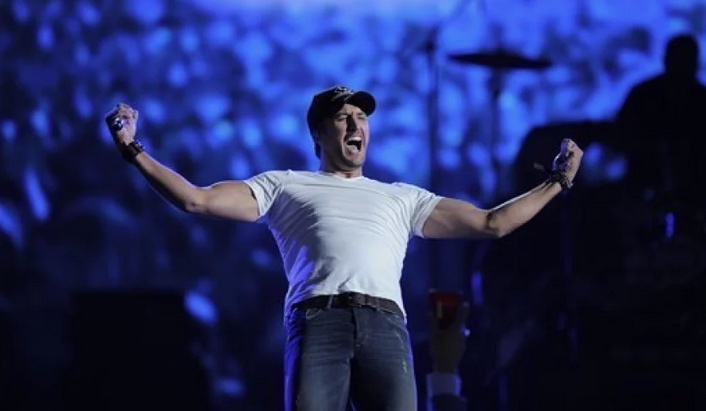 Luke Bryan will conclude his 2021 “Proud to be Right Here” concert tour with a Sept. 23 show at North Island Credit Union Amphitheatre in Chula Vista.( / AP)

The state of California isn’t planning to lift its coronavirus-fueled restrictions on live events until June 15, but the spring and summer concert and festival calendar in San Diego is already starting to fill up with both indoor and outdoor shows.

There are, of course, still some unresolved questions. That is why the website for North Island Credit Union Amphitheatre includes the message: “As official local health guidelines evolve regarding COVID-19 safety protocols, the venue may shift seating configurations and increase capacity.”

Also unclear is the prognosis for KAABOO. The three-day event’s September 2020 edition at Petco Park was postponed until this year, however it does not appear in the listings for concerts at the ballpark on the San Diego Padres’ website, which does include the rescheduled concert dates for Green Day’s Hella Mega tour stop here (July 18) and for Mötley Crüe and Def Leppard (Sept. 12). No KAABOO website currently exists and the festival’s Facebook and Twitter pages have not been updated since last July.

Here’s a roundup of some of the recently announced concerts and festivals:ADVERTISING

Concerts on the Green

Hosted by California Center for the Arts, Escondido, this socially distanced outdoor concert series at the adjacent Grape Street Park is ready to roll. It kicks off with 7 p.m. Friday and Saturday performances by Subtronics, the 28-year-old dubstep DJ whose real name is Jesse Kardon. Other confirmed performers include Two Feet (May 8), Gareth Emery (May 15), San Diego’s Tribal Seeds (May 27) and Thundercat (June 4).

All the April performances sold out in a near-instant for this socially distanced weekly outdoor Wednesday series featuring top San Diego trumpeter Gilbert Castellanos. Expect the same for next month’s series, which — with one exception — will again be held at Panama 66, in the courtyard of the San Diego Museum of Art in Balboa Park. Performances by Castellanos and a varying lineup of leading area musicians will be held at 5:30 and 7:30 p.m. on May 5, 12, 19 and 26. The May 12 performance will feature nationally acclaimed pianist Gerald Clayton and will take place inside the museum’s Copley Auditorium.

Ticket prices start at $25. The on-sale date is being finalized and should be announced within the next few days on eventbrite.com/o/panama-66-32644256345

A Taste of Gator

Like many other events, the 2020 and 2021 editions of San Diego’s 20-year-old, multiday Gator by the Bay festival were canceled because of the pandemic. For those craving an intimate, Mother’s Day version, Tio Leo’s Lounge in Bay Park will host A Taste of Gator at 5 p.m. on May 8. The lineup for the all-ages outdoor event on the restaurant’s terrace will include Michelle Lundeen, Theo & Zydeco Patrol, Sue Palmer and Her Motel Swing Orchestra, The Chris Fast Band and Ass Pocket Whiskey Fellows.

Last year’s second annual Bayfest at Embarcadero Marina Park was also canceled. The 2021 edition will be held at a new location, downtown’s Waterfront Park, on July 10. The lineup for the 21-and-up event features Dirty Heads, Sublime with Rome, Fortunate Youth, KBong and Denm. Attendees at this socially distanced event will be required — as of this writing — to provide proof of vaccination or of a recent negative COVID-19 test. That could change between now and July 10.

Country-music star Luke Bryan has the first newly announced concert of 2021 at San Diego County’s largest outdoor concert venue. Tickets for his Sept. 23 “Proud to be Right Here” tour-concluding performance at the Chula Vista amphitheater are $42 to $112, plus service charges. They go on sale Friday at 10 a.m. to the general public, following pre-sales to fan club members and Citi card members. Dylan Scott and Runaway June will open the show.

In this article:Featured, Music, news