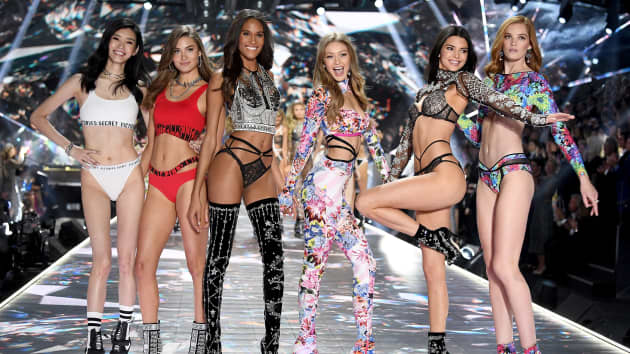 Victoria’s Secret is embarking on a new path that will phase out its iconic Angels imagery.

Victoria’s Secret wants to get back on the runway.

The lingerie brand told analysts Monday that it is planning to one day bring back its iconic fashion show — but in a “culturally relevant” way.

After nearly 20 years running, the annual fashion show where Victoria’s Secret’s Angels flaunted bedazzled bras and lacy underwear was canned. The last-ever show, televised in December of 2018, suffered the worst ratings in its broadcast history.

But now, as Victoria’s Secret prepares to split from its parent L Brands into a separate public entity next month, it is rewriting its playbook. Its Angels are being replaced with brand ambassadors who represent all body types and ages. Its stores are getting refreshed with plus-size mannequins and lighter-colored fixtures. The company is also planning to test a handful of off-mall locations.

“We have historically had a very significant amount of our marketing spend that was around the fashion show, and we saved that money in the last two years,” Victoria’s Secret CEO Martin Waters said during a virtual presentation. “Our intent is to get back into the fashion show business.”

He cautioned, however, “we’re not in a hurry to announce when that will be or how that will be … but we will redefine it in a way that’s culturally relevant in the coming years.”

Separately, Waters hinted Monday that the company will invest in creating a digital entertainment platform for women to celebrate their bodies.

“It’s all about digital and social,” he said.

L Brands shares were falling around 4% Monday, amid a broader selloff. The retailer’s stock is up about 87% year to date.