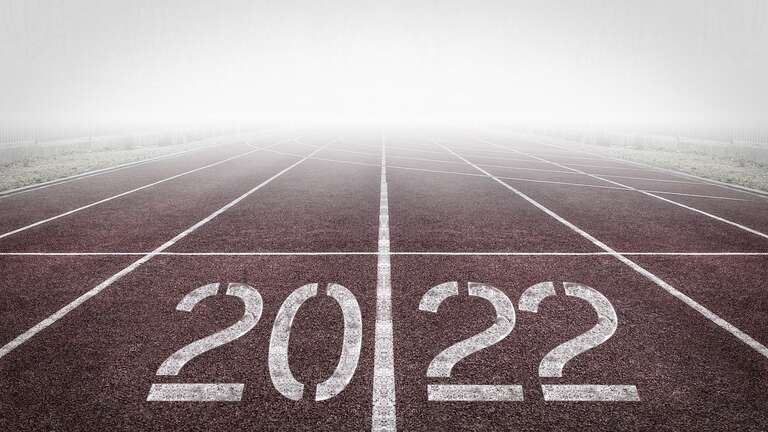 A lot has changed in 2021, and TV executives are learning how to combat the challenges of migrating to streaming during a pandemic as well as how they will continue to compete with each other in 2022. Here are what the top streaming services are prioritizing next year, according to AdWeek, as well as a recap of what The Streamable has reported on.

Disney’s plan for 2022 is fairly concrete: spend roughly $33 billion on new movies and shows for its streaming services, Disney+, Hulu, and ESPN+; make up to 50 Asian originals (by 2023); and leave Premier Access in the dust.

The company has already stated that Premier Access isn’t guaranteed to continue beyond 2021. Although it started out simple—spend $30 for the chance to watch exclusive new titles before regular subscribers, it didn’t pan out as they thought it would—subscribers don’t want to pay more just for certain movies, especially when they’ll be included in the regular subscription a few weeks later.

Although the announcement to release more Asian originals is exciting, what is even more intriguing is Disney’s spending habits. The company’s amped-up content spend is larger than its competitor Netflix and will bring lots of new original movies and shows from its various studios such as Marvel, Pixar, LucasFilm, and Disney Pictures.

Disney’s sister service is going with a more humble approach. Craig Erwich, president, Hulu Originals and ABC Entertainment, stated that their plan is to “Set deadlines for change. When our teams introduced the inclusion standards for our shows in the fall of 2019, we set benchmarks for ourselves to accomplish these standards. And ever since, we—and all of our partners—have been intentional about making sure that our content pipeline is filled with projects from underrepresented voices. As a result, we produced several pilots from BIPOC creators and directors with diverse points of view… Embracing these stories isn’t only important, it’s good business.”

Other than its plans for diverse content, co-owner Comcast may withdraw its position from the platform to focus on Peacock investments. Their other option is to end the agreement and remove their content in 2024. Although this loss will be disappointing, Disney’s investment in new content will likely replace its library with a good amount of titles to choose

We still don’t know if Disney+ plans to incorporate Hulu into its platform at some point, but it would mirror how Disney treats its more mature content under the Star branding overseas. It’s a likely bet once Disney can free itself from the Comcast investment, but that isn’t likely until 2024.

As for the Hulu Live TV component, they’re raising prices tomorrow and including the bundle of ESPN+ and Disney+.

Other than its huge successes with “Squid Game” and “Red Notice”, Netflix has been stepping out of the box this year with new mobile games and its plan for more kid streaming content after they released their newest feature “Kids Clips.”

Coming to the platform in 2022 are new seasons of shows like “The Umbrella Academy,” “Locke & Key,” and “Stranger Things” as well as releases such as “Archive 81,” “Resident Evil,” “Cyberpunk: Edgerunners,” “Vikings: Valhalla,” and lots more.

Netflix looks to continue pushing its boundaries, further branching out into the gaming and interactive video experiments it’s been spinning up in recent years.

The obvious plan Discovery has going on for next year is the merger with WarnerMedia. Once combined with HBO Max, CNN, and Warner Bros., the company will be a true titan. David Zaslav even reported that he expects to spend $20 billion on content.

Kathleen Finch, chief lifestyle brands officer, Discovery Inc., believes that what makes them stand out from all other services is that their content stars brilliant talent, which is what they will continue to focus on. She said, “Having popular talent and genres that viewers love is a powerful weapon to attract viewers to new and different content. That’s why we cast Food Network star Ree Drummond in a discovery+ holiday movie, Candy Coated Christmas—and her fans came!”

There are rumblings Zaslav might try to combine discovery+ and HBO Max into one giant super-app, but that’s a tricky proposition since the offerings are fairly well distributed as they are.

Either way, the powerful Discovery/Warner organization they are welding together will be the talk of the streaming world for months to come.

ViacomCBS’ plans for the future include keeping its franchises on its streaming services rather than sending them to competitors. Similar to Disney+, by keeping its new releases strictly on Paramount+, this will keep viewers engaged.

In September, child actor Brian Robbins was anointed as president and CEO of Paramount Pictures. His persuasive nature and relationships with A-listers means that he will be handed huge movies for 2022 and 2023. Robbins wrote, “By far, we have one of the strongest slates of anyone rolling out in the next 12 to 24 months, and I’m looking forward to discussing how we’re going to maximize its impact and keep building for the future.”

One risk that Paramount+ has going for them next year is the release of the new series “Halo.” The results will be drastic no matter what, being that Halo fans will be putting a lot of pressure on Paramount’s shoulders to deliver.

Additionally, the new strategic partnership with ViacomCBS and CJ ENM will bring Paramount+ as an exclusive bundle to South Korea in 2022, marking its first-ever appearance in the Asian market. Their combined global reach and production capabilities give them the ability to release brand new and innovative entertainment.

The biggest win for this streaming service is that beginning in 2022, the majority of films from Universal Pictures, Focus Features, Illumination, and DreamWorks Animation will stream on the platform 45 days after they debut in theaters. Upcoming 2022 releases range from thrillers like “The 355” and “Ambulance” to movies such as “Ticket To Paradise,” “Marry Me,” “The Bad Guys,” and more.

Peacock also has the Winter Olympics in its 2022 plan. Data from Antenna shows that the 2020 Tokyo Summer Olympics was Peacock’s biggest paid sign-up driver yet, so there could be a similar outcome for Beijing.

With a launch date of March 2022, CNN’s new streaming app will provide between eight and 12 hours of live programming each day. The biggest question is how much the subscription will cost. However, Bloomberg suggests it will be $5.99 per month.

The service has already poached veteran Fox News anchor Chris Wallace, and there are whispers ex-MSNBC anchor Brian Williams could join as well. What the service looks like, how much content it includes, and whether it may siphon some real-time coverage from its mothership cable station remains to be seen.

In an attempt to engage sports fans and their widely known betting habits, fuboTV integrated its new Sportsbook, the mobile app that delivers personalized experiences for active viewers. Fubo Sportsbook recommends relevant bets based upon what users are streaming. While it isn’t available in all states, mainly due to gambling/betting laws, it is now available in Arizona. Barring some regulatory hurdles, it will be in several other states by 2022.

In a now-deleted tweet, fuboTV CEO David Gandler hinted that there is “more to come,” suggesting TNT and TBS will be available once again. In 2019, fuboTV reached a deal to carry Discovery channels, so it is likely to show up back again.

The two biggest changes coming next year is the multi-year deal with Universal Filmed Entertainment Group (UFEG), which comes with an all-new theatrical slate. Also,
Lionsgate is looking at selling off STARZ. According to a regulatory filing, the board made the decision this November to “explore potential capital markets alternatives for its Media Networks business (STARZ) including, but not limited to, a full or partial spin-off, split-off, issuance of a tracking stock or other transactions.”

If STARZ and Lionsgate part ways, it’s entirely possible a larger company could swallow them up. Would Netflix like to have the cable reach of STARZ? Would Roku enjoy its own movie studio in Lionsgate? This is an intriguing situation to watch.

Their current agreement with Lionsgate and Summit films expires at the end of 2021 and 2022.

Last up on the 2022 Streaming Blueprint, Sinclair reached a multi-year deal with the NHL earlier this month, giving them rights to offer an in-market direct-to-consumer streaming service for a dozen teams.

Although Sinclair Broadcast Group CEO Chris Ripley said, his company may have additional streaming rights coming soon and thinks they have enough content to successfully launch their own DTC streaming app. However, many suspect that there will be pushback from the cable and satellite distributors who pay excessive fees to carry Bally Sports RSNs. So it’s possible that they launch a DTC product at the start of a locked-out baseball season with nothing to show.

Regardless of what happens with each of these services, The Streamable will report it all.

In this article:Streaming, TV, TV News